Mitochondrial Encephalomyopathy, Lactic Acidosis, and Stroke-like episodes (MELAS) is one of the most common and severe mitochondrial diseases.

MELAS is a genetically defined orphan disease that affects multiple organ systems, including the CNS, with different degrees of severity, and for which there is currently no approved treatment. MELAS is caused by some of the most common mitochondrial DNA mutations affecting the mitochondrial tRNA, and results in large clusters of familial cases of primary mitochondrial diseases (PMD). The defining features of MELAS are stroke-like episodes and lactic acidosis, a buildup of lactic acid in the bloodstream. Other common CNS symptoms include seizures, headaches, migraines, and cognitive impairment.

The unmet need in MELAS is immense, symptoms can affect virtually any organ and cause intense fatigue, muscle weakness, and pain, in addition to neurological manifestations. Life expectancy is estimated at ~17 years from onset of CNS symptoms. The disease impedes the individual’s ability to live independently and leads to social isolation and overall reduced quality of life. 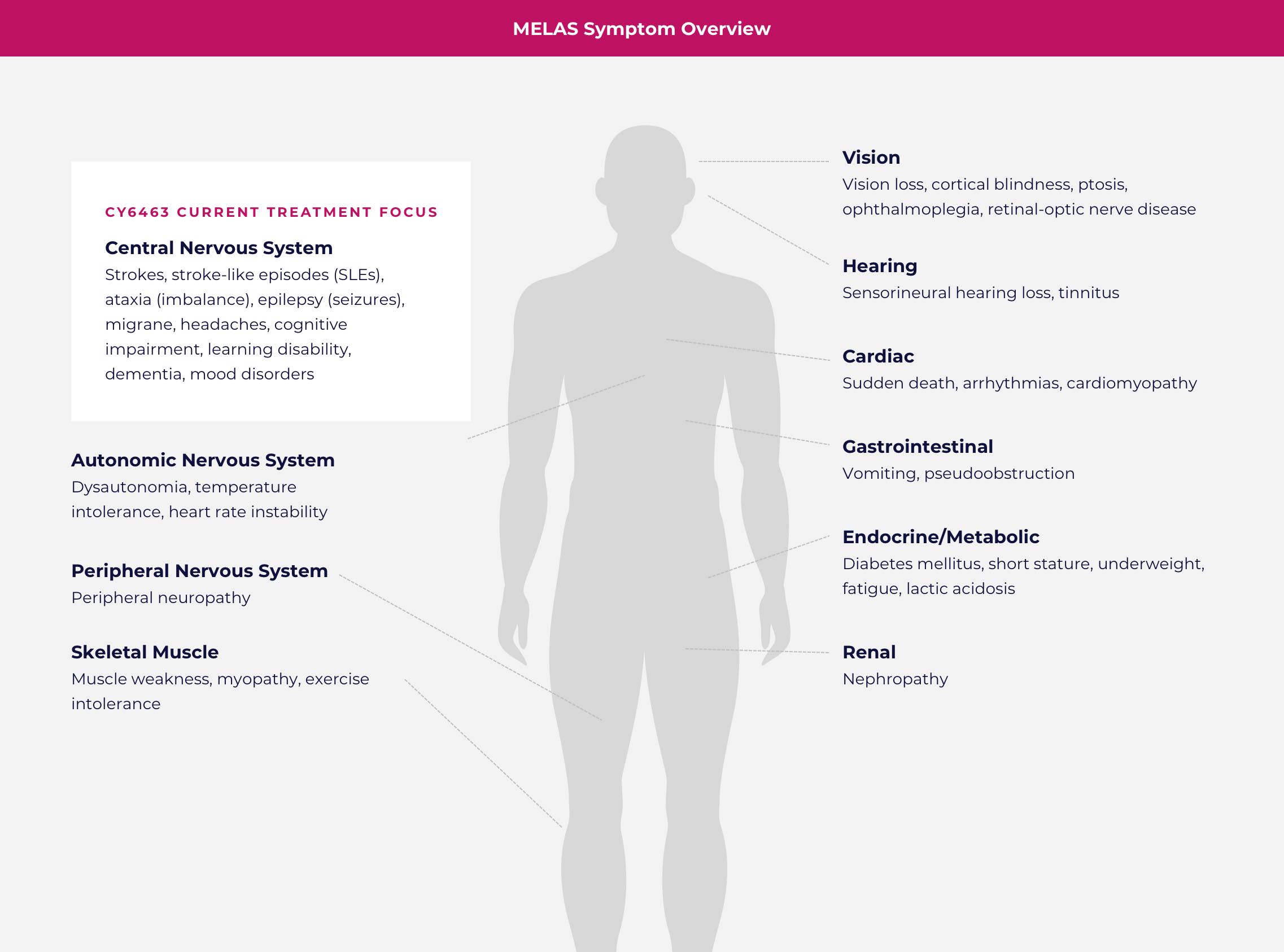 sGC stimulation may have beneficial effects on several key pathological mechanisms of mitochondrial disease. The NO-sGC-cGMP signaling pathway is critical for the regulation of mitochondrial function and biogenesis.

We have completed a Phase 2a multi-center, open-label study of CY6463 in participants with MELAS at medical centers of excellence for mitochondrial diseases. The study enrolled eight participants who spanned a range of disease severity; 6 of the 8 (75%) were also taking a daily regimen of oral arginine or citrulline, precursors to nitric oxide that are often prescribed as standard of care for MELAS patients.

In addition to safety, the study assessed the impact of short-term CY6463 treatment on biomarkers of mitochondrial dysfunction, brain perfusion, neurodegeneration, and cognition.

Over the course of this 29-day study, CY6463 demonstrated: 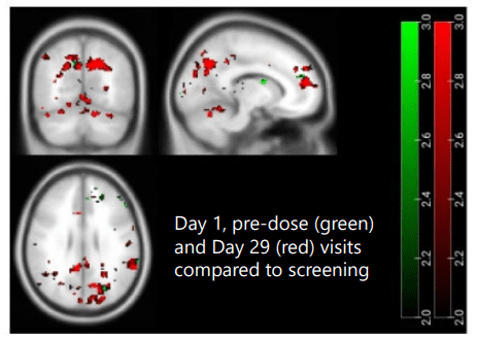 These positive effects after 29 days of dosing were supported by correlations across several endpoints. A return toward baseline levels after discontinuation of CY6463 dosing across several biomarkers was also observed.

To learn more about the study, view the recorded webinar on the Cyclerion or United Mitochondrial Disease Foundation websites, or see the study listing on ClinicalTrials.gov.

Following the results from our Phase 2a study, we are currently exploring the potential of an expedited clinical development path for CY6463 in MELAS.

FDA meeting to align on path to approval